Delighted to announce that the article “Individual and organizational inhibitors to the development of entrepreneurial competencies in universities” co-authored with Thomas Bohné finally got published at Research Policy. 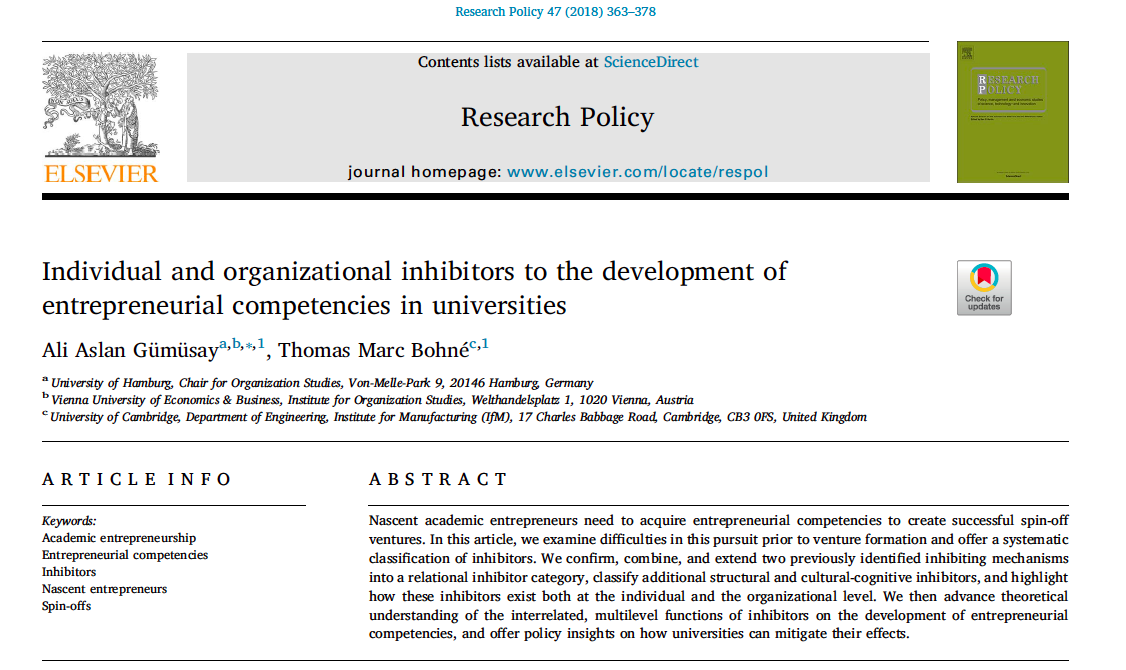