According to the report prepared by Altbach, Reisberg and Rumbley (2009, p. iii) for the UNESCO 2009 World Conference on Higher Education: “An academic revolution has taken place in higher education in the past half century marked by transformations unprecedented in scope and diversity.” Part of this transformation is the emergence of what Etzkowitz (1983) and Clark (1998) amongst others call the entrepreneurial university (character). Etzkowitz (2003, p.112) sees the entrepreneurial university as “a natural incubator, providing support structures for teachers and students to initiate new ventures: intellectual, commercial and conjoint.” Universities face a new role and self-understanding of economic and social development and are part of a triple-helix of linkages between university, government and industry (cf. e.g. Etzkowitz & Leydesdorff, 2000).

Increased spinoff activities are possibly the most prominent face of this entrepreneurial nature especially after many countries have changed their legislation similar in nature to the Bayh-Dole Act of 1980. Nicolaou and Birley (2003) distinguish between three types of spinoffs, namely orthodox, where both the academic and the technology spin off from the institution, hybrid, where the academic remains with the institution holding a part-time position with the new company but the technology is spin out, and technology, where the technology spins out and the academic has no further connection with the new company apart from potentially having an equity stake. Drawing from this definition, O’Shea, Chugh and Allen (2008, p. 655) assert that a university spinoff involves “[t]he transfer of a core technology from an academic institution into a new company” and that “[t]he founding member(s) may include the inventor academic(s) who may or may not be currently affiliated with the academic institution.”

At the University of Oxford the technology transfer company Isis Innovation Ltd., established in 1988 and owned by the University, is since 1997 “responsible for creating spin-out companies based on academic research generated within and owned by the University of Oxford.” Spinoff activity is, according to Tom Hockaday, Managing Director of Isis Innovation, “very much a collaborative process” (own interview) between academic entrepreneurs and Isis. Technology transfer companies at various universities expanded immensely and are one indicator of the increase of academic entrepreneurs. 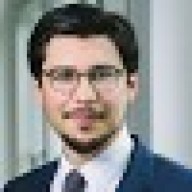